A smile can make anyone’s day better. An aura of happiness adds great value to your life. But what if happiness was cherished on an international scale? How would that change the way the economy works or how societies function?

“The International Day of Happiness is an official UN day that “recognizes the pursuit of happiness as a fundamental human goal”,  inspiring people to spread positivity, whether big or small, with others and encouraging each nation to prioritize the happiness of its citizens.

A profound shift in attitudes is underway all over the world. People are now recognising that ‘progress’ should be about increasing human happiness and wellbeing, not just growing the economy.

Happiness can bring a fairer and more balanced approach to economic growth in particular, such that it foregrounds sustainable development, tackles poverty and increases personal and social well being.

A great example of this is the East Asian country of Bhutan, which adopted the idea of Gross National Happiness over Gross National Product in the 1990s, prioritizing its citizens’ happiness in all decisions relating to economic growth.

History of International Day of Happiness:

International Day of Happiness has a truly global history regarding its creation.  Back in 2011, the idea was introduced to the United Nations by the advisor Jayme Illien. Illien also founded the United Nations New Economic Paradigm project and ‘capitalism’, which aim to change the way nations approach economic growth by focusing on ‘happytalism’ over capitalism.

But when we talk about 10% of the world’s population we mean more than 700 million people still live in extreme poverty today, struggling to fulfil the most basic needs like health, education, and access to water and sanitation.

Despite a decline in the percentage of poverty, the poverty rate in rural areas is 17.2 percent worldwide. One out of every 5 children live in extreme poverty. There is a high need of generating sustainable job opportunities, along with administrative policies which provide economic and social protection to the needy.  Quality education enables upliftment of the socioeconomic strata and is a key to eradicate poverty.

After decades of steady decline, the number of people who suffer from hunger began to slowly increase again in 2015. Current estimates show that nearly 690 million, i.e. 8.9 percent of the world population people are hungry. According to the World Food Programme, 135 million suffer from acute hunger largely due to man-made conflicts, climate change and economic downturns.

A profound change of the global food and agriculture system is needed if we are to nourish the hungry population. Increasing agricultural productivity and sustainable food production are crucial to help alleviate the perils of hunger.

Good health and Well Being:

Ensuring healthy lives and promoting well-being at all ages is essential to sustainable development. Currently, the world is facing a global health crisis unlike any other, COVID-19 is spreading human suffering, destabilizing the global economy and upending the lives of billions of people around the globe.

Before pandemic significant strides were made in increasing life expectancy and reducing the common diseases associated with child and maternal mortality. But more efforts are needed to fully eradicate a wide range of diseases and address many different persistent and emerging health issues.  By focusing on providing more efficient funding of health systems, improved sanitation and hygiene, and increased access to physicians can help in saving the millions.

While substantial progress has been made in increasing access to clean drinking water and sanitation, still billions of people lack these basic services. Worldwide, one in three people do not have access to safe drinking water, two out of five people do not have a basic hand-washing facility with soap and water, and more than 673 million people still practice open defecation.

The recent pandemic has demonstrated the critical importance of sanitation, hygiene and adequate access to clean water for preventing and containing diseases. According to WHO, handwashing is one of the most effective actions to reduce the spread of pathogens and prevent infections, including the COVID-19 virus.

2019 was the second warmest year on record and the end of the warmest decade (2010- 2019) ever recorded. CO2 levels and other greenhouse gases in the atmosphere rose to new records in 2019.

Climate change is affecting every country on every continent. It is disrupting national economies and affecting lives. Weather patterns are changing, sea levels are rising, and weather events are becoming more extreme. Post pandemic once the global economy begins to recover from the pandemic, emissions are expected to return to higher levels. Saving lives and livelihood sustainability requires urgent actions to address climate change.

Over the period of human civilization, the growth of human intelligence and human establishment has made him greedy and selfish. Over the period of time we almost forgot that humans belong to earth with many other species and don’t own it.

It is high time to realize that for sustainable growth of the planet and human race itself we need to let the other spices grow as well. Animals not only balance the ecosystem which we are also a part of, but also their activities and love provide recreation and a sense of happiness to us.

Saving our ocean must remain a priority. Marine biodiversity is critical to the health of people and our planet. Marine protected areas need to be effectively managed and well-resourced and regulations need to be put in place to reduce overfishing, marine pollution and ocean acidification.

Chirping of birds, the dance of the peacock and the sibling love of cubs are a delight to watch and provide happiness too.

Worldwide consumption and production is a driving force of the global economy. Overutilization of the natural environment and resources in a way that continues to have destructive impacts on the planet. Economic and social progress over the last century has been accompanied by environmental degradation that is endangering the very systems on which our future development, infact survival depends.

Post Corona era offers countries an opportunity to build recovery plans that will reverse current trends and change our consumption and production patterns towards a more sustainable future.

Sustainable consumption and production is about doing more and better with less. It is also about decoupling economic growth from environmental degradation, increasing resource efficiency and promoting sustainable lifestyles.

Sustainable consumption and production can also contribute substantially to poverty alleviation and the transition towards low-carbon and green economies.

The Ancient Greek philosopher Aristotle, once, argued that happiness is the only thing humans seek in and of itself – all our other wants and desires ultimately contribute to our happiness, while happiness itself is the end goal.

Let’s work towards putting a smile on at least one new person around you everyday and to sustain our smiles as well. It’s important to realize that every single happiness around you is related to something bigger.

While there are great ways to increase wellbeing, happiness also comes from our contributions to the groups and societies in which we live, so why not share our tools and resources with your friends, family, colleagues and community?

Try out a step-by-step program, meeting regularly with like-minded people to support each other in taking action and achieving happier lifestyles. Earthr provides a platform to great minds to come together and make this planet a happy place to live. 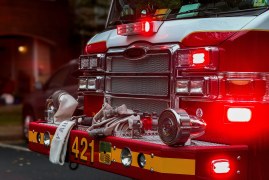 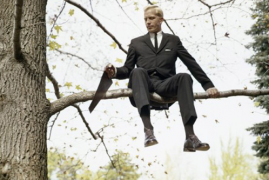