Congratulations on heading towards making a 100-crore business. You come across as a good person, your entrepreneurial journey is commendable, and Keventers is an inspiration to a lot of brands and people.

Here’s the problem though. Your business is based on a product which is not fit for humans, animals or the environment (details at the end of this writing). You’ve been asked questions by animal activists and environmentalists independently in Pune and Chandigarh (and Chandigarh is a small city with less than 500 vegans). These questions are only going to increase in frequency. 338 Wisconsin (which produces more dairy than any other state in America) Dairy Farms have closed down this year, amid rise of vegan options.

But there’s a solution: Introduce at least one vegan milkshake to acknowledge the problem above, and take a responsible step in this direction. There’s a diverse set to choose from: Soy, coconut, almond, hazelnut, cashew, walnut, etc. A majority people don’t even find a difference in the taste in the final flavoured product.

Why can Keventers do it?

Your scale, your economics, your operations make it easier for you to adopt this solution. Keventers spends time, money and effort into researching indigenous solutions which save energy. You like to do your bit for the environment – glass bottles instead of plastic and paper straws instead of plastic. This is a huge step in that direction, and without the need of a huge investment. Don’t wait for the big brands like Amul, Mother Dairy, Hatsun Agro or Kwality to take a step. They’re wrong, doesn’t mean you have to be too.

One vegan product cannot be the justification of all the non-vegan products that you have, but it is a start. It shows the will to do something. It gives the hope that maybe someday, more people opt for vegan alternatives. We are, we know and we promote entrepreneurs, and we know that this is a big step. But the intent can take you a long way – Starbucks has committed to end all plastic straws by 2020 and that’s 1 billion straws each year. It’s not easy but it’s also not impossible.

We would look forward to your actions.

The Problem with Dairy in Detail

Besides humans (and companion animals who are fed by humans), no species drinks milk beyond their natural age of weaning or drinks the milk of another species. Cow’s milk is suited to the nutritional needs of calves, who have four stomachs and gain hundreds of pounds in a matter of months—sometimes weighing more than 1,000 pounds before they’re 2 years old. Cow’s milk does not suit the nutritional needs of humans, so it’s no wonder that consuming it and its derivatives causes us so many problems.

Earthr.org is a nonprofit foundation, trying to bring sustainability problems, solutions and entrepreneurs on a common platform through crowdsourcing in order to resolve crucial issues like Climate Change, Plastic Waste, Energy Crisis, Peace Conflicts among others. Learn about Earthr.org in less than 90 seconds. 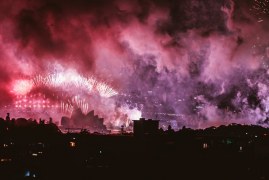 So you think Firecrackers are harmless?