“Humans belong to earth, we don’t own it. We have evolved from many animal species, we must learn to co-exist with them. Humans have to share it with wildlife for their own development…”

Nature conservation and human development are often presented as two separate issues, with very little overlapping. The former one is promoted for the wellbeing of nature and it’s species while the latter seems to care for humans.

The bitter truth is, if millions of plants and animal species are at the risk of extinction within decades, so it’s equally threatening for human life as well.

In the last four decades the world has lost more than half of it’s biodiversity which as estimated by experts is 1,000 to 10,000 times higher than the natural rate of extinction. Regardless of whether we live in wealthy or poor country, our fates as humans are inextricably tied to those of other species. Together, we inhabit ecosystems that supply us with basic services such as food, water and air.

In America alone, ecosystems provide humans an estimated $24 trillion worth of economic value every year.

As cohabitants of our environment, it is not only our human responsibility to respect and protect wildlife, but also we need them to thrive in order for us to thrive.

We highly depend on them for food supplies, pest control, pollination, medicine, genetic resources and centers of tourism. Our fates are so entwined with wildlife and their habitats that the UN report estimates  that the current negative trends will “undermine progress towards 80 percent” of the Sustainable Development Goals relating to poverty, hunger, health, water, cities, climate, oceans and land.

Conserving or preserving wildlife is not an option but the basis upon which our sustainable livelihoods and progress depend.

Authorities and governments should come up with new laws and policies which help communities to build wildlife parks for maintaining the wild areas globally.

There is a need for law enforcement which ensures that international trade of animal and plant species does not threaten their survival. Communities should strive to make international trade in fauna and flora sustainable and traceable contributing to healthy wildlife and national economies. 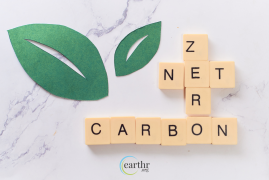 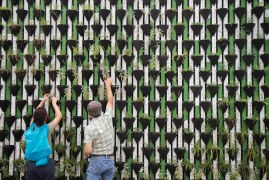